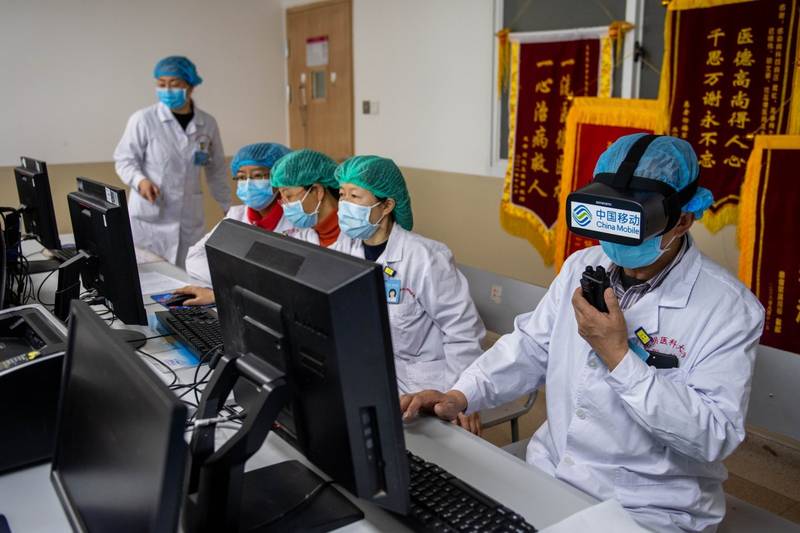 A 65-year-old Chinese woman who fell seriously ill after being infected with the coronavirus made a startling recovery after being given stem cell therapy, according to a new study by Chinese scientists.

The patient had been fighting for her life in the intensive care unit at Baoshan Hospital in Kunming, the capital of southwest China’s Yunnan province, for nearly two weeks after contracting Covid-19, the disease caused by the virus.

But according to a paper published by a team of researchers from Kunming University led by Dr Hu Min, just four days after being given her first shot of umbilical cord stem cells, the woman was back on her feet and able to walk.

“Although only one case was shown here, it could be very important and inspire similar clinical practices in treating critically ill Covid-19 patients,” said the study, which was published on Thursday on Chinaxiv.org, a platform for the release of scientific papers that have yet to be peer-reviewed.

The treatment “might be an ideal choice to be used or combined with other immune modulating agents”, it said.

The Yunnan case is one of 14 trials using stem cells to treat coronavirus patients in China, according to the World Health Organisation’s clinical trial database. While the technology remains controversial, there is hope among health authorities and medical professionals that it could become a lifesaver for critically ill patients.

The patient in Kunming arrived in the city on January 21 on a flight from Wuhan, the capital of central China’s Hubei province and the epicentre of the coronavirus outbreak. A week later she fell ill with a mild fever, fatigue and coughing, so went to a public hospital where she tested positive for Covid-19. From there she was transferred to Baoshan Hospital.

Following the strict guidelines laid down by the government for the treatment of coronavirus patients, doctors there first administered antiviral medications and antibiotics, and put the woman – who also suffers from type 2 diabetes – on oxygen to help her breathe. Her condition improved initially but then went rapidly downhill and she was moved to the intensive care unit on February 1.

Things did not improve, and as the woman’s health worsened and her organs began to fail, the doctors needed to act fast. So, after consulting the hospital’s ethics committee and the patient’s family, the stem cell therapy was started on February 9.

Stem cells are highly adaptive early-stage cells that evolve into different types of fully functioning cells to produce tissue, organs or body fluids. The ones used in the Kunming study came from a laboratory culture of umbilical cords from newborn babies.

The doctors considered using stem cell therapy because Covid-19 has been shown in other studies to cause severe damage to the lungs, liver and other organs. Tests conducted on animals suggested stem cells might be able to repair that damage.

According to the paper, the Kunming patient was given the first of three shots on February 9. After showing no adverse effects to that initial dose she was given a second three days later. On February 13, she was able to get out of bed and take a short walk with only limited help.

She was given her final shot on February 15, and two days later was able to leave the intensive care unit and go back to a regular ward. Her vital signs had returned to normal and a throat swab test for Covid-19 came back negative.

According to Dr Li Honghui, who is involved in similar trials at Loudi Central Hospital in central China’s Hunan province, stem cell injections can deliver significant results within three days.

“We cannot stick to the rules, we must be bold and innovative,” he was quoted as saying in a report by Hunan Daily last week.

Zhang Xinmin, director of biological technology at the Ministry of Science and Technology in Beijing, told a press conference on February 15 that the preliminary results of stem cell experiments conducted across the country suggested the technology was “safe and effective”.

Hospitals in Huanggang, one of the worst hit cities in Hubei, received their first shipment of stem cell shots last week and they would be given to three critically ill patients, state media reported.

Another paper published on Chinaxiv on Friday said that seven coronavirus patients in Beijing had been given stem cell therapy and responded in a similar way to the woman in Kunming.

Stem cell technology emerged in the 1980s but remains highly controversial. Scientists initially considered using human embryos as the source for the cells, but the idea drew fire on ethical grounds.

The research community responded by proposing alternative methods for harvesting stem cells, such as turning normal tissue cells into stem cells, but those efforts were tarnished by a series of scandals in the United States, Japan and South Korea involving the fabrication of experimental data.

In China, scientists are engaged in cutting edge research on stem cells. While the use of cells from healthy embryos is forbidden, scientists are permitted to use fertilised eggs discarded due to illness or defects.

A doctor treating coronavirus patients in Beijing, who asked not to be named, said there was a growing discussion within the medical community about the potential benefits of stem cell therapy.

“The stem cell industry may have some vested interest to promote their technology in this crisis, but if it really works, it should be made available to more patients,” she said.

Stephen Chen investigates major research projects in China, a new power house of scientific and technological innovation. He has worked for the Post since 2006. He is an alumnus of Shantou University, the Hong Kong University of Science and Technology, and the Semester at Sea programme which he attended with a full scholarship from the Seawise Foundation.