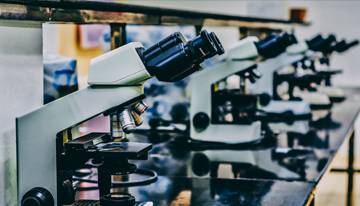 After stem cells from bone marrow were injected into the ovaries of 33 women, the scientific community is hopeful that the new treatment may be able to help reverse the effects of early menopause and even allow women to continue having children naturally. The trial focused on women with premature ovarian failure (POF) and after just six months of treatment, they began having periods again.

When occurring after the age of 40, menopause is a normal condition. It marks the end of a woman’s reproductive years as her body stops releasing an egg every month. Unfortunately, while natural, it can induce several uncomfortable changes in the body including slowed metabolism, weight gain, mood changes, hot flashes, thinning hair and dry skin.

Until now, there were no fertility treatments that could help the 1 in every 100 women suffering with POF. Some doctors prescribe hormonal replacements to treat other symptoms of POF but even then, their chances of having children are reduced by half and the injection regimes are difficult to keep up with. Other women seek egg donors but, because of religious, cultural, ethnic, or monetary reasons, many women aren’t able to.

The aim of the pioneering stem cell research by US scientists was to ‘‘support improvement in quality of life and reverse infertility’ and so far, it looks like they’ve done just that. Their findings were presented at the Society of Reproductive Investigation in San Diego, California in early March and while the study is ongoing, the results are cause for celebration.

Dr Kate Maclaran and Dr Marie Gerval of the Daisy Network charity agree, saying: ‘This study offers hope for women with POI that in the future, they may be able to conceive naturally or have fertility treatment using their own eggs.’

Dr Christos Coutifaris, president of the American Society for Reproductive Medicine (who was not involved in the study) shares the optimism of those who were involved, saying ‘‘These preliminary findings are exciting. If these observations are validated under further experimental protocols, their implications for female fertility and reproductive hormonal function may prove extremely significant.’

Through the injection of stem cells derived from bone marrow, ovarian function can be stimulated, allowing the return of ovulation and normal hormone levels as well as the possibility of pregnancy. All of the women in the study are currently trying to get pregnant and, once the research has been fully carried out, the option to use stem cell therapy as a treatment for infertility across the board will be explored.

This isn’t the first study exploring the use of stem cells in treating infertility. Back in 2009, scientists in China showed that is was possible to isolate stem cells in mice, store them, and then transplant them back into sterile females to enable them to give birth. But, in this most recent study from US researchers, patients are able to reactivate their own ovaries.

The scientific community and women everywhere are looking forward to final results from the study which will show if the women will, in fact, get pregnant as a result of stem cell injections.